Cafe Morte looks at the way in which visual culture represents death and dying, mourning and grieving through art, dreams, desires, imagery and poetry.

THE TEARS OF THINGS 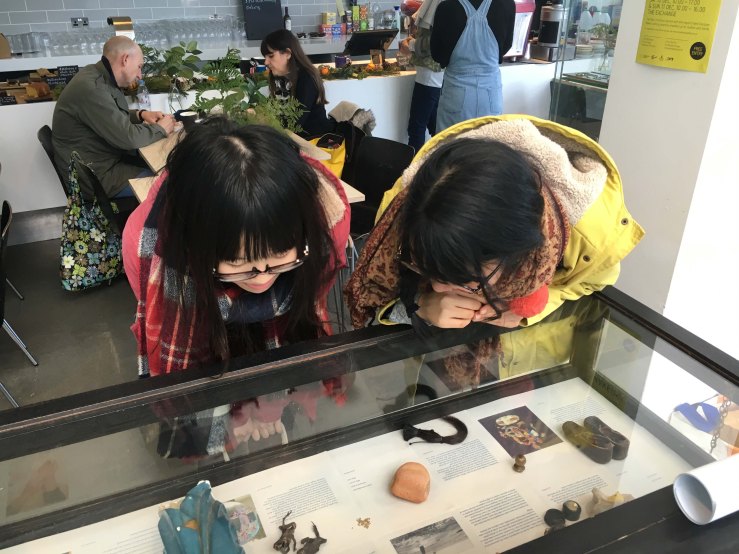 The Tears of Things is a growing collection of broken objects initially exhibited as part of Newlyn Art Gallery and The Exchange Christmas makers market on 10th and 11th December 2016 in Penzance. The title is borrowed from a publication by Peter Schwenger who examines melancholia in relation to the object. The broken collection was installed alongside a market of beautifully made and crafted objects creating a juxtaposition between the old, discarded and broken object and the desire for something new. The stall was set up to generate conversation and dialogue around the emotional value and attachment we have to something that is broken in our lives. All the objects collected for The Tears of Things, have lost their original integrity in some way.

Members of the public were invited to contribute to the stall by bringing in a broken object and piece of text. The collection grew over the course of the weekend to become an antiques road show of broken objects often with no material value.

The collection forms the beginning of a growing body of research relating to mortality and what the broken object signifies. The project will be continued in February 2017, led by Mercedes Kemp, Lucy Willow involving current students as well as alumni from The School of Art. The collection is being extended to reach a wide range of community groups in various settings. 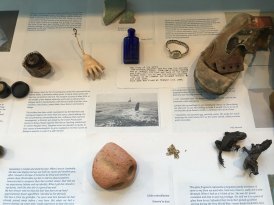 CAFE MORTE is a research group led by Mercedes Kemp and Lucy Willow, undergraduate and postgraduate students from Falmouth University, curators and artists. Its central focus is to create projects enabling audiences to discuss the rich and varied themes of death found in art and literature. We have adopted the model of the recently popular Death Cafes, which have arisen worldwide as a meeting place in which to discuss death over a cup of tea.